What is an Artist Worth? A Letter to My Young Cousin 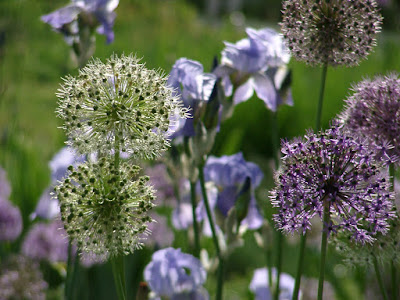 My cousin's 16 year old son and I got into a conversation over on fb after I posted a meme of Bernie Sanders congratulating LA for raising their minimum wage. This is a continuation of that conversation.

Because I am no economics genius :), I thought it makes more sense to map out my position by giving you the coordinates of my values first, and to at least touch on how your assumptions feel foreign to those values. Please understand that these are not points in a political position. They are my deeply held and deeply felt core values and way of seeing the world. Many different streams contribute to this pond of values:  almost a half-a century (one more year, grrrr.) of life experience: being born into and spending my early childhood in dismal, impoverished, abusive circumstances; growing up in the chaos of a liberal, laissez-aller, and deeply dysfunctional foster family; many, many of my own mistakes, failures and wrong choices; some successes;  experiencing the often pivotal effect in my life of other’s generosity; traveling around the world and living for longer periods in several different cultures; co-parenting a family of three kind, loving and generous children; living in and leading a community; living with pain and disability; extensive reflection and evaluation of these experiences and of the good and bad role-models and examples that have figured in my story; lots and lots of books, and stories, and movies; reading and reflecting on the abundance of Christian tradition and literature, not least of all the Bible itself; profiting from the fruits of other’s scientific observation, experimentation, information gathering, discoveries, inventions etc; the years I have spent studying conflict; and perhaps most importantly, experiencing grace and being so often transformed by this mysterious and unexplainable and unforeseeable reality I would call the Spirit of God.

So, here are things I have come to believe and hold to be true, often fail miserably to live out, but keep coming back to as a worthy compass.

I deeply cherish the story of creation in the Bible.
(I don’t care, whatsoever, about the creation - evolution debate.)
For me the opening chapters of the Bible establish a change in paradigms, the understanding of which takes on a whole new depth once you have lived in an animistic culture like PNG, as I have. What I take away from the creation story is this:

1.) The planet we live on is part of a Time-Space matrix, which is not a hostile, unknowable, unpredictable, untamable “Hunger Games” arena ruled by unappeasable gods and ancestor spirits, nor by simple randomness, but rather its foundations are knowable, and it has been given to us as a great big canvas, or playground and garden; it is inherently valuable, and we should care for it and protect it.

2.) We are all Artists: I believe that this is the core of our human identity. We were created in the image of a creator (all we know at that point of the text!), the Alpha Artist to be artists ourselves! It is the foundation of human dignity, the basis of every single person’s fundamental worth, and it is the fountain of their inexhaustible potential. It establishes a baseline for the respect due to everyone, no matter their circumstances or what they have done or failed to do, for the debt we owe to every man, woman and child, to love them and let them live in dignity.
3.) We are all Screw Ups: In all of my years, I have never met anyone who was perfect, who never messed up, or who had a spotless record or character. Not a single one. Ever.

4.) We are diverse: Each person is unique (and screws up in his/her own unique way). Each one of us show up somewhere on a spectrum in any given point of what we think, believe, have, look like, what we can or can’t do, where we are from, and no two people overlap in all points exactly, ever.  Unfortunately we tend to divide up and evaluate each other, favor or neglect, esteem or hold in contempt, empower or exploit, according to these four categories: a) Bodies (gender, race, disability/ability, age) b) Geographical location (which influences ethnicity, culture, language, sports team) c) Ideology (politics, religion (tho it is often connected to location, people can and do switch) d) Economic class (what we have/don’t have in wealth, property, opportunity, mobility, education, skills, and status symbols)

Because of these last two points,

5.) Conflict is an inevitable part of life: After eating, relieving oneself, and sleeping, conflict is the next thing on the list that make up our lives the moment we live in a human plural. Our ways of dealing with conflict can either be constructive or destructive, and that will depend on whether we respond with shame/hubris or guilt/grace when differences arise.
- Shame Leads to Competition, Isolation, Exploitation, Exclusion, and Violence,
- Guilt is empathic and leads to authenticity and vulnerable truth-telling (confession), restitution (Zacchaeus, Luke 19:1-10), and can lead to reconciliation, justice and deep community

6.) I believe in, have experienced, and work towards Redemption:  People (and things in a way) who have been broken by their own or other’s shortcomings, who have been rolled over by the consumer and domination systems of this world and have been isolated, exploited, excluded or violated, or who have done these things, can be resurrected, reclaimed, re-created, and reinstated in community, through grace, forgiveness, and a renewed investment in their inherent and potential value.

7.) Capitalism vs. Kingdom of God: Though the domination systems of this world are wreaking havoc all over the globe for the love of mammon, and in the name of “progress”, or purity, or glory, and tho the destruction and cruelty and suffering often seem so utterly hopeless, I do still hold on to the belief that it is never in vain to believe in, pray for, and work toward Shalom, Ubuntu, “God’s kingdom, His will on earth as it is in Heaven,” the culture of faith, hope, love, peace and justice, interdependence, mutual flourishing for everyone and all of creation and in this life, which God intended from the beginning.
“The free market system,” capitalism, or America are no proxies for God’s Kingdom. They are not “baby sitters” until the time of judgement. They are corrupt systems of this world, which we must find someway to live in with integrity, but must never mistake for the Kingdom of God. My first allegiance is to live these “kingdom” values and culture here on earth, as part of the world wide body of Christ, and in my experience, that is usually done outside of, despite, in subversion to, and circumventing the “free market systems.”

8.) Concretely for me, this means doing the things that God does in this world:
- creating
- nurturing
- protecting
- empowering

There is no dividing these up, that some people should do one or some of them, and others something else. If you leave any one of these things out, things get messed up, people become exploited machines, get neglected, become enslaved, or are disenfranchised of rights and responsibilities as an interdependent member of community.

Everyone has been called and given the responsibility and authority to live that way. EVERYone.

10.) However, not everyone has the same amount of power at their disposal.


11.) Sabbath, tithing, Gleaning and Jubilee: Because of all these things above, I believe that we don’t have to “go over our fields twice”, trying to squeeze every last drop of profit for ourselves, take every advantage, maximize the bottom line to the expense of other values and other people, or work seven days a week to get ahead, but that we can “leave some” for others, rest, quiet our ambitions, realign ourselves with our core values, give back and pay it forward. Jubilee addresses the devastating injustice of generational poverty, children paying for the sins, mistakes, misfortune, or outright victimization of their parents and grandparents, their ethnic group, their race, or their bodies, and gives people a clean slate, a chance to start over, an outside intervention to break this otherwise inescapable cycle of poverty, self-destruction, and, often, violence.

So, that is where I am coming from. What follows is my breaking down how your comments and arguments sound to me, where they strike a nerve, and where they appear to collide with my values.

Assumption #1: Brain over Brawn: Cognitive labor over manual labor. White collar vs. Blue collar jobs. The “years you spent training” your brain to understand and perform complicated computer codes (time & attention) is inherently more valuable and deserves more reward than the personal cost of physical labor. So much more, in fact, that the latter does not even deserve a living wage for the time and effort he/she actually spends working.
Assumption #2: That flipping burgers takes “0” skill. Not just less skill, or little skill, but “0” skill.


Assumption #4: Any such job is/should only be regarded as a stepping stone. Anyone who stays in such a low-wage job does so because they are too lazy to move themselves forward, to get themselves on the train of progress. It is their own fault (“poor life decisions down the road,” “lack of character,” “he has a disease” ), if they stay in these jobs past their teenage years.
Assumption #5: That a free market society (pure capitalism) is the cat’s meow. That it is fair and somehow is immune to man’s sinfulness, greed and lust for power, and everyone has the same chance at making it work for them if they only tried.
Assumption #6: Not only that, but the free market is actually a good tool for disciplining and educating and bringing about good character, motivating the bottom feeders to progress to the next rung on the latter.
Assumption #7: money corrupts poor people, but not the “successful”
Assumption #8: “successful” = progress, only progress leads/should lead to more money, progress is the premium value.
Assumption #9: People only change when they hit rock bottom, so it is good to have an economic system that has a “rock bottom” built into it.
Assumption #10: That the value of hard work, which your parents instilled in you, is the full extent of the privilege you enjoy.
Assumption #11: That you are smarter than Bernie Sanders.


Argument #1: That the wage raise will, must be, passed on to the consumer.
Argument #2: Wage raise for some will mean job loss for others.


Argument #3: Wage raise will lead to product devaluation/inflation (??)
Argument #4: There are alternative ways to betterment (self, community, environment), which circumvent the current capitalistic and consumer addicted society. (retooling a computer you found in the trash).

good. hard to beat your arguments!

I love it... especially this: